The Evolution of Operating Systems: From Enterprising OS to OS for Enterprises

For enterprises to be successful in the digital era, they need to be smart, adaptive, and sustainable. 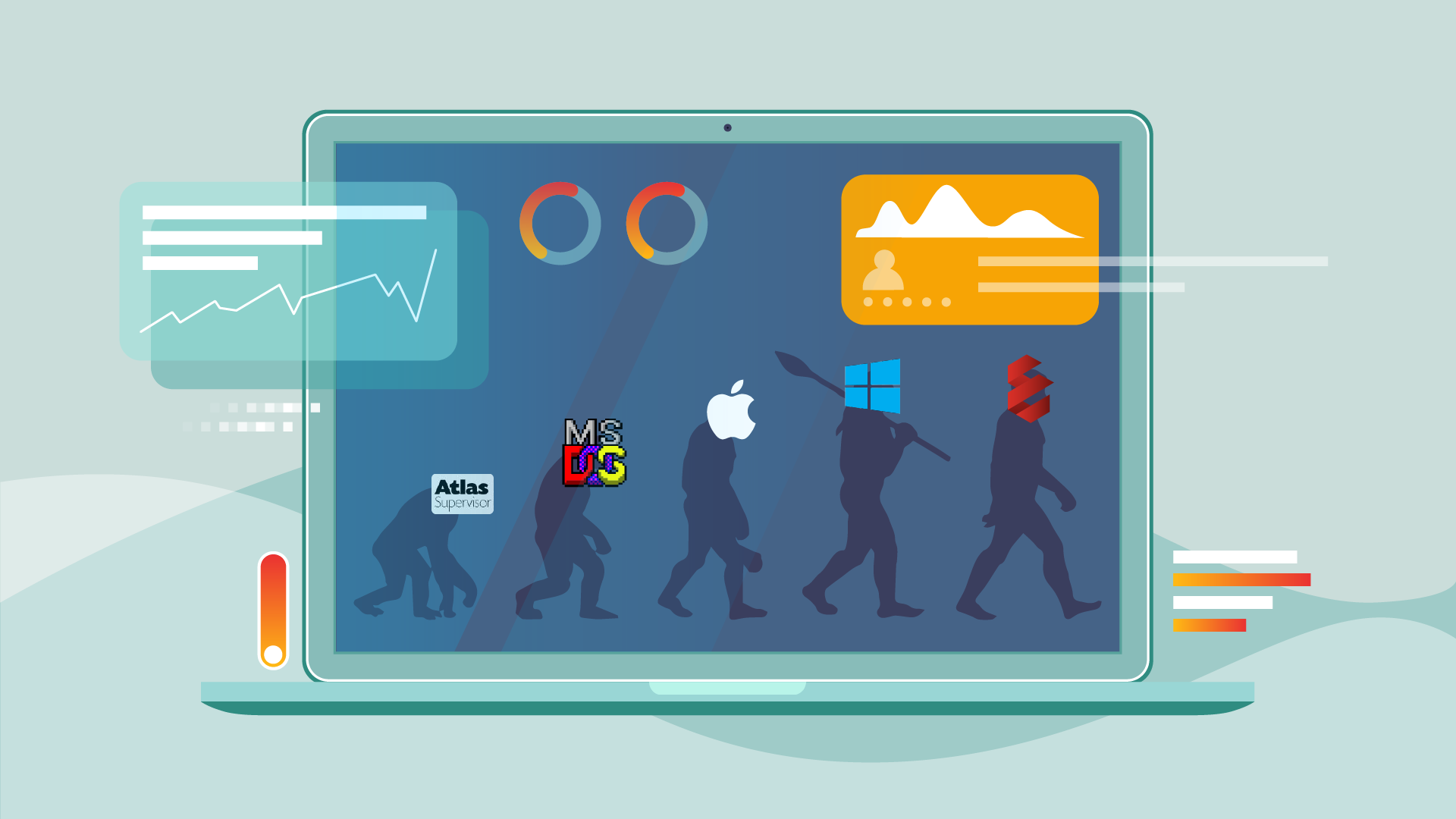 “The best way to predict the future is to study the past.”- Robert Kiyosaki

The year is 2022 and the Operating System (OS) is a ubiquitous, widely recognized concept. This software program forms the mainstay of all computing technology, from laptops to mobile phones. Even a casual tech user is now familiar with various operating systems in the market. While the history of electronic digital systems and computing precedes operating systems, the invention of the OS around the 1950-60s can be considered a true turning point that revolutionised the computer era.

Over the years, operating systems have evolved rapidly and drastically to accommodate evolving consumer demands – from making computing faster and more efficient, to delivering scalable and secure platforms for a rapidly digitizing world. Here, we delve into the evolution of operating systems that has led up to the phenomenon of enterprise OS, bringing you up to speed on the current innovations and trends as well as what the market has to offer – to ultimately empower you to make the best OS choice for your organization.

The Operating System Takes Over

A Giant Leap in Technology

“The digital revolution is far more significant than the invention of writing or even of printing.” —Douglas Engelbart

Before operating systems first made an appearance in the 1950s, computing was largely restricted to simple, singular tasks. An operating system is essentially the primary program that forms a bridge between the computer hardware and the user and provides an environment within which all other programs can be executed with ease.

Early computers, or first-generation computers, used vacuum tubes and plugboards to build calculating engines. No operating systems existed, and all programming was done in machine language, with wired plugboards controlling the machine’s basic functions. During the 1950-60s, the world saw a transition from vacuum tubes to more sophisticated transistors. In the early 1950s, England’s Manchester University began experimenting with transistors, which used batch operating systems and did away with manual operation. By the mid-1950s, General Motors had produced operating systems for IBM mainframes, with GM-NAA I/O for IBM 704 being one of the first early prototypes. Soon after in 1962, Manchester University, in collaboration with Ferranti Computers and Plessey, launched Atlas – the fastest computer at the time. With it was unveiled the idea of “virtual memory” and the Atlas Supervisor, now widely regarded as the first real modern operating system.

As newer hardware and software were rapidly developed, systems soon became multi-programmed. In the 1970–80s, the idea of timesharing (or time-slicing) was introduced. Multiple terminals could now be connected to the computer, with each managing different jobs (or processes). The OS handled these terminals as well as user interaction. Around this decade, there was increasing emphasis on the need for operating systems to not be model specific. Between the mid-1960s to the late 1970s, IBM announced and delivered System/360 (a family of mainframe computers that could execute a range of both commercial and scientific applications), with DOS/360 (disk operating systems, also known simply as DOS) as its operating system, suited for text-based applications such as word processors and spreadsheets. DOS quickly became the most popular OS in its time.

The computers of the 1970–80s were designed for large-scale operations and process-intensive applications. Post the 1980s, however, the development of large-scale integration (LSI) circuits (containing thousands of transistors) reduced the price of computers, leading to the production of personal computers. The PC revolution promised to empower individuals and businesses alike and necessitated the development of operating systems that could handle the increasing demands. In 1984, the Apple Macintosh became the first truly consumer-friendly operating system and the populace officially transitioned out of DOS – setting the stage for enterprise-oriented operating systems. Around the same time, Microsoft and IBM jointly developed the Operating System/2 (OS/2) in the mid-1980s; the OS/2 made it easy for consumers to work on spreadsheets and databases and mainstreamed consumer usage of PCs in business. In 1985, Microsoft launched its first version of Windows.

The Business Approach to Operating Systems

“In almost every job now, people use software and work with information to enable their organisation to operate more effectively.”— Bill Gates

For enterprises to be successful in the digital era, they need to be smart, adaptive, and sustainable. One crucial requirement for this is the integration of enterprise resources – a tricky endeavour, given the diversity of tools and applications required for various business processes. Enter, the Enterprise Operating System (EOS) – designed specifically to solve the needs of businesses and improve company efficiency. A successful EOS can seamlessly integrate a plethora of functionalities and help businesses fulfil operational targets much more effectively, while also keeping the system stable and secure.

The choice of OS for a business is largely driven by industry priorities and the goals of the organization. Of course, several broad considerations apply across industries and sectors. For instance, a good EOS should be robust, secure, and reliable, while also being flexible enough to scale as businesses continue to grow. Moreover, the interfaces should be simple and easy to navigate, both for employees and for IT administrators.

In 2022, some of the most widely used operating systems include Windows 10, the Apple iOS, Windows 7, Android, Red Hat Enterprise Linux, Ubuntu, and CentOS. Each such OS has its own advantage. Open-source operating systems such as Linux are often highly customizable and better suited for development capabilities. Proprietary OS such as the MacOS are more rigid and controlled, with updates dependent on vendor discretion, and often come preinstalled on specific hardware devices. At the same time, open-source operating systems may require more in-depth technical knowledge, which may not always be ideal from an end-user/employee perspective. The Windows OS supports numerous management features and is one of the most popular OS among businesses. It upgrades periodically to keep the OS relevant and user-friendly, ensuring that a diverse range of applications is supported without slowing the system down. The macOS, which runs only on Apple computers and devices, has a low rate of hardware and software errors. Linux holds the advantage of being free, less vulnerable to virus attacks, and extremely adaptable with other software distributions.

For enterprises in the current climate, the top crucial functions of an OS include:

1. Protecting the organization from security breaches

2. Ensuring smooth functioning of all systems and controlling system performance

To paraphrase LearnVest CEO Alexa von Tobel, the ultimate goal is to create operating systems that allow enterprise leaders to think “as little as possible about the silly decisions” so they can focus on “making real decisions.”

An Opportunity within a Setback

“The definition of an ‘operating system’ is bound to evolve with customer demands and technological possibilities.”– Virginia Postrel

With the demands of enterprise steadily growing, the market is now full of lucrative options for business leaders. However, the COVID-19 phenomenon has triggered a slew of new enterprise requirements, threatening to render the current offerings outdated or obsolete. For instance, various Windows operating systems are so commonly used among both businesses and individual users that hackers are likely to be familiar with it, making it vulnerable to security breaches. On the other hand, a more secure OS such as Linux may be too difficult to learn and use, affecting workplace efficacy and employee satisfaction negatively, especially in remote setups. While the MacOS may be considered more secure than Windows and much more user-friendly than Linux, the cost factor can become a critical deal-breaker, especially for smaller or new enterprises, since it runs only on high-end Apple hardware.

If necessity is the mother of invention, there has never been a more opportune time for it than now.

According to a 2020 Gartner survey, a whopping 82% of organisations will permit work-from-home at least once a week and 47% will allow employees to choose a permanent remote work model.[1] With remote and hybrid working increasingly becoming the norm, what was cutting-edge two years ago no longer suffices. Employees must now often rely on their home networks and devices for work – creating a host of potential issues.

In 2021, the Velocity Smart Technology Market Research Report found that of the 70% of the surveyed remote workers who had experienced IT problems during the COVID-19 pandemic, 54% reported a wait time of nearly three hours for resolution.

A truly effective EOS must now provide a centralized management console to improve the way businesses deploy and secure their devices, allowing IT managers to focus on other priorities. It must protect against all known threats, automatically updating itself such that once installed, the user is continually protected from all latest threats.

The rapid shift in requirements has outpaced the speed at which technology had been advancing until recently, creating a gap in the market. This gap, in the hands of the right tech players, becomes an exciting opportunity to get truly innovative in catering to enterprise needs. And it is this opportunity that has allowed Evren to make a timely entry into the market – as a dedicated enterprise operating system.

“When you're ready, the right operating system will appear in your life.” – Guy Kawasaki

The Evren OS aims to fulfil two of the most urgent and non-negotiable needs of a modern-day business operating in a post-pandemic world – streamlining IT and enhancing security. And this, while effectively reducing operational costs.

With Evren, Enterprises can expect:

1. Seamless Migration: Evren comes with an automated installer; works on all laptops and computers; and makes new devices deployment-ready in only 30 minutes. Moreover, the OS is user-friendly and requires no end-user learning curve. All aspects of user, device, browser and application policies can be centrally managed with a browser-based point-and-click interface. The Evren management console provides a dashboard for managing large devices in real-time and allows administrators to monitor and configure settings on all devices at once effortlessly. The seamless migration, combined with its easy-to-use management console, makes it the simplest way to deploy and control users' devices in your organization.

3. IT Cost Reduction: Since post-deployment management and security account for 80% of IT costs, Evren helps you reduce costs by optimizing IT operations and scaling faster. Enterprises will save on license, hardware, and human resource costs.

Evren builds on the rich legacy of OS developments over the past decades while keeping a firm eye on the rapidly shifting digital landscape and evolving enterprise needs. In addition to technological acumen, software innovation requires having a finger on the pulse of the industry and, as Bill Gates has rightly said, “…to sit down and talk with customers and get their feedback and understand their needs." Evren carries forward this vision of the tech giants – constantly prioritizing customer requirements and empowering enterprises to grow their business and stay competitive.

To see how Evren can quantifiably improve your business efficacy, schedule a free Evren Demo. 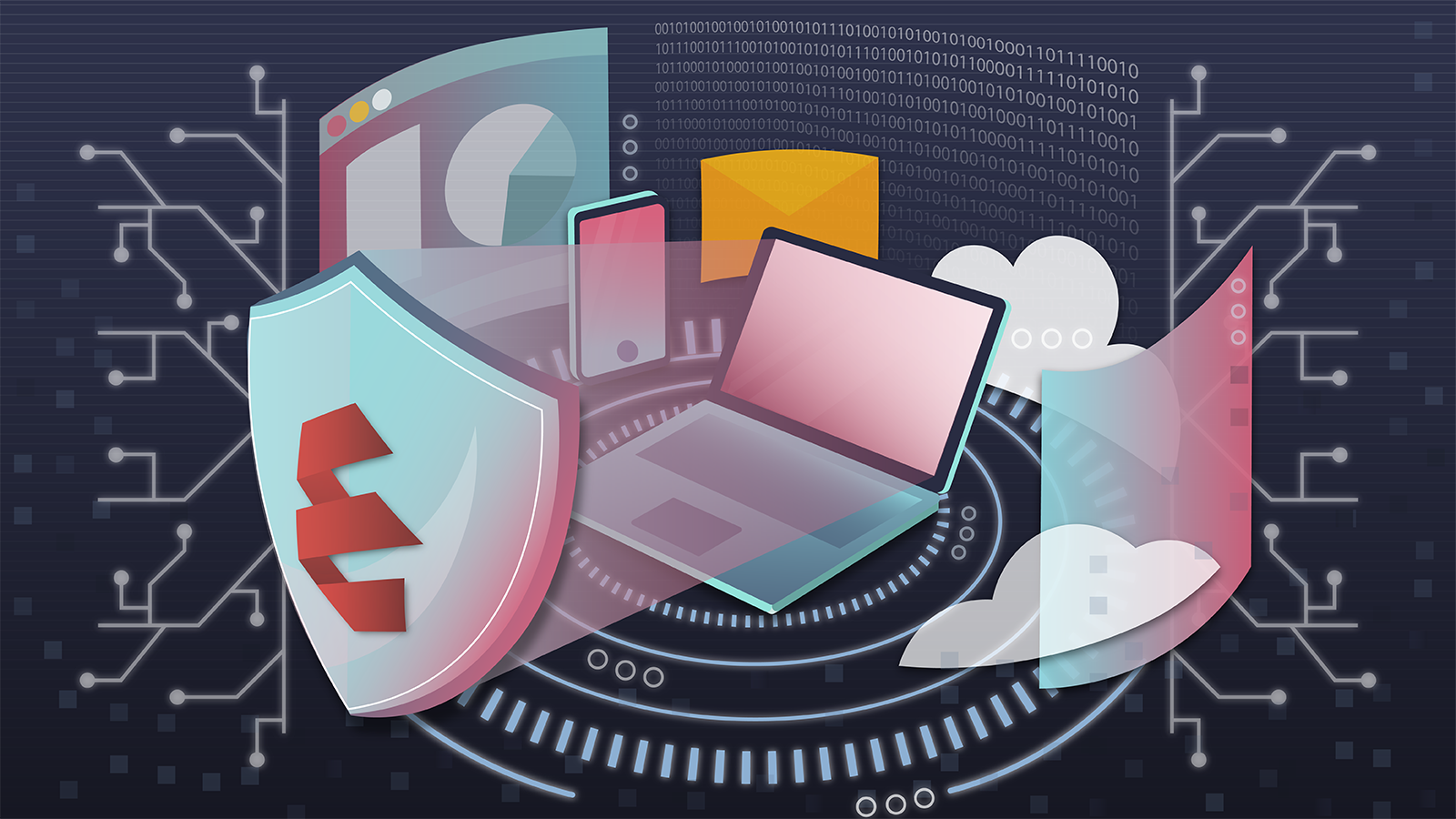 Digital Transformation is Not Enough - Taking a Security Approach to DX 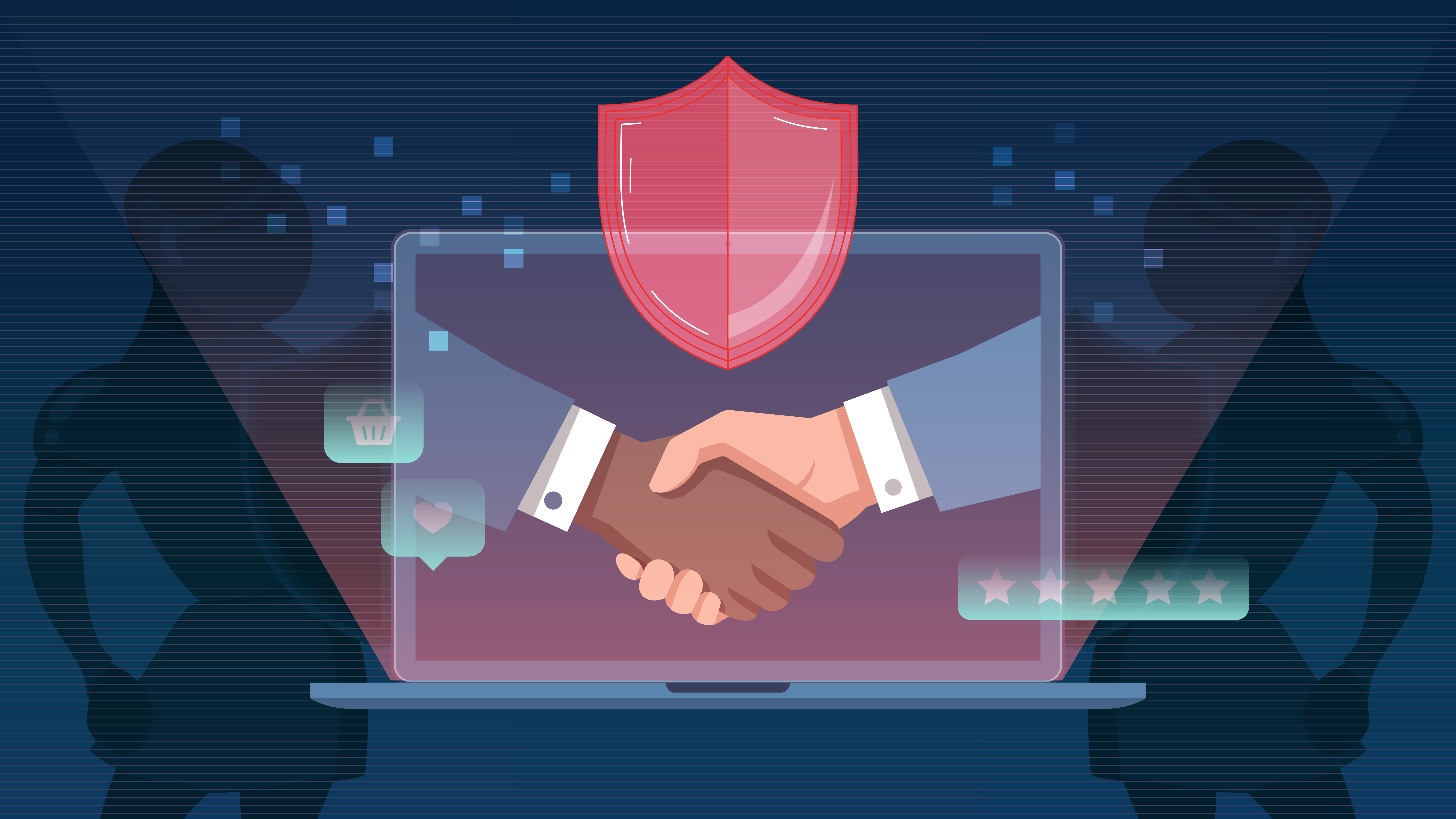 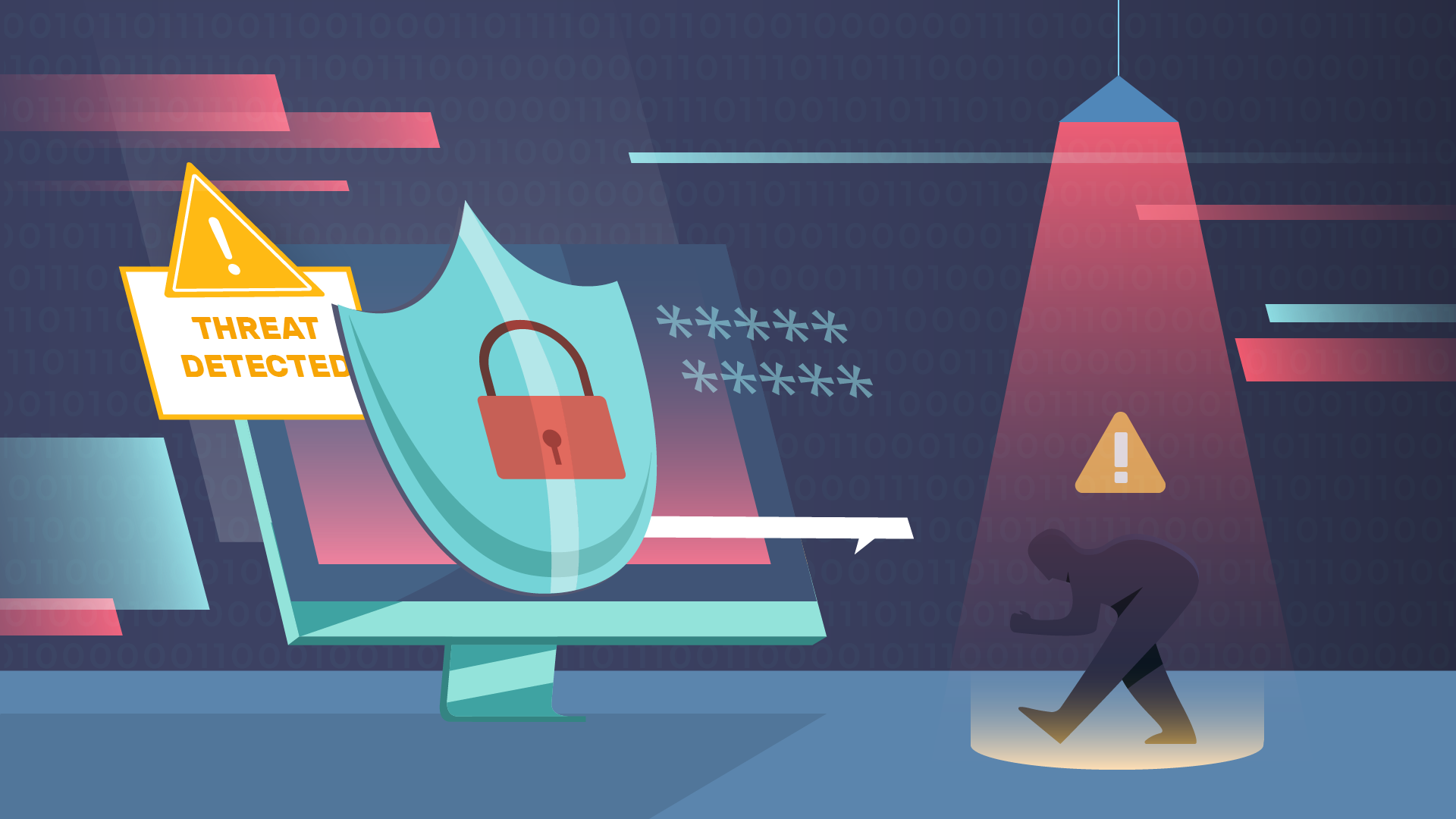 A Guide to Ransomware Preparedness : From Vigilance to Resilience